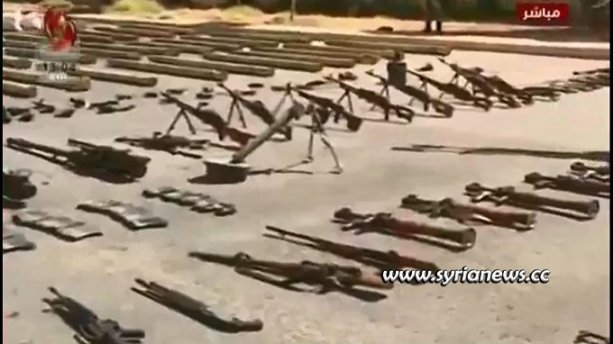 Syrian CTU operating in the southern provinces discovered a massive quantity of weapons, munition, and gears used by NATO terrorists, even a Toyota Van from Israel with chassis encoding in Hebrew.

The quantities of weapons and munition discovered this time in a number of depots are enough to arm an army brigade. It was buried underground in a number of locations across the southern provinces: Sweida, Daraa, and Quneitra.

Side of these killing tools which were gifted from the taxpayers of the US, Britain, and France, among others in this video report… Continue reading: https://www.syrianews.cc/ctu-unearths-massive-quantities-weapons-munition-south-syria/

This site uses Akismet to reduce spam. Learn how your comment data is processed.

To help us continue please visit the Donate page to donate or learn other ways.
Follow us on Telegram: http://t.me/syupdates link will open Telegram app.